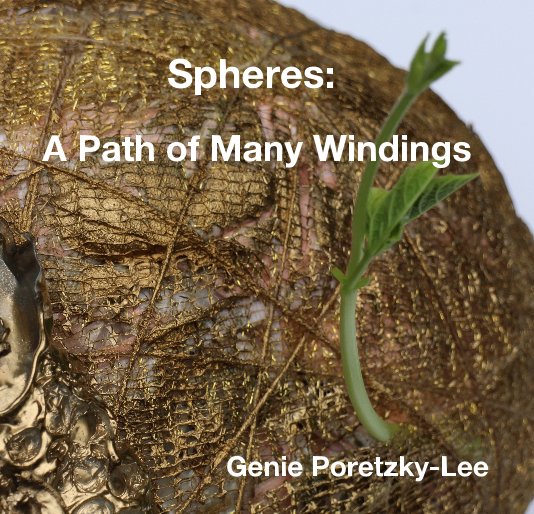 Spheres: A Path of Many Windings Genie Poretzky-Lee

Andrew Spira, 2013
“On the one hand they are like planets, revolving in space; they have their own oceans and continents, mountains and canyons; they are little Gaias, intensely alive. Concealing seeds within themselves, some of them (after several months of apparent dormancy) have even begun to sprout shoots like living trees. On the other hand, they are like thought-forms, measuring and meditating on the passage of time. Engaging in a ritual repetition of the gesture of winding – succumbing to a destiny or murmuring a prayer – Poretsky-Lee turns them over in her mind as she turns them in her hands. While they evolve – ‘rolling out’ towards a state of ever more substantial material being – so they are also profoundly involved, wrapped up in themselves and realising her contemplative involvement in the process of their generation. Bypassing the self-conscious notion of ‘art production’ in an almost compulsive way, they resemble the work of an ‘outsider’, eternally dressing an unhealable wound. But while they conjure up a sense of the archetypal witch, who spins her thread and effects the inevitable passage of time, they also suggest the silence and stillness that followed when the unsuspecting princess pricked her finger on the witch’s spindle and became the Sleeping Beauty for one hundred years, before awakening.

Poretsky-Lee’s Spheres are also meditations on the nature of substance, living explorations of the nature of matter. They are made not so much of the classic poetic materials that are already loaded with associations of dignity by the history of art – marble and bronze that lend themselves so well to the expression of noble and refined ideals – but the guttural materials of shredded fabric and string, plastic and plaster that reflect more urgent and primitive acts of formation; more female, more private. Like pulses, her Spheres are amorphous and unborn, but beating like hearts.” 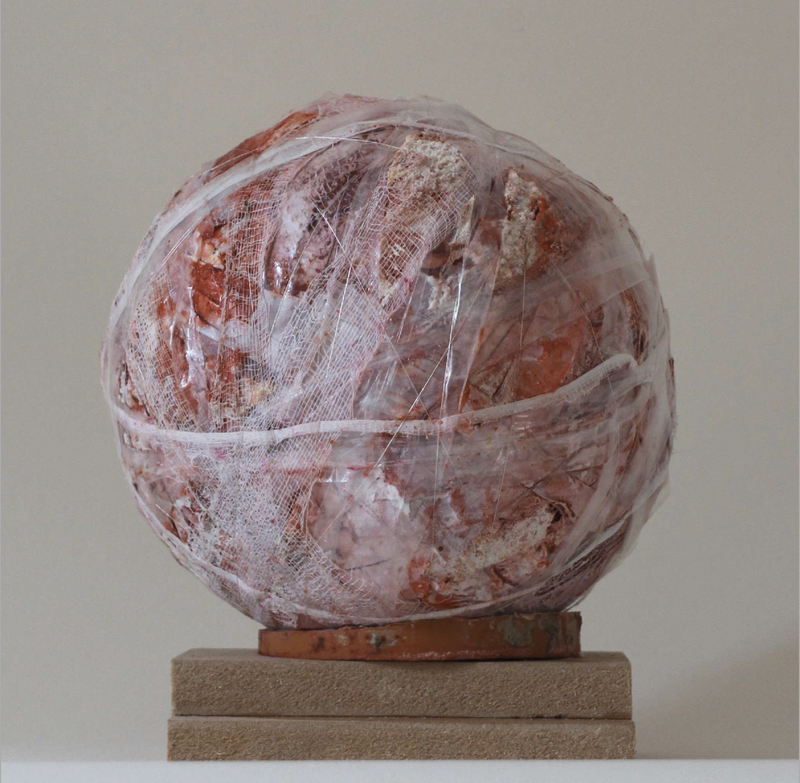 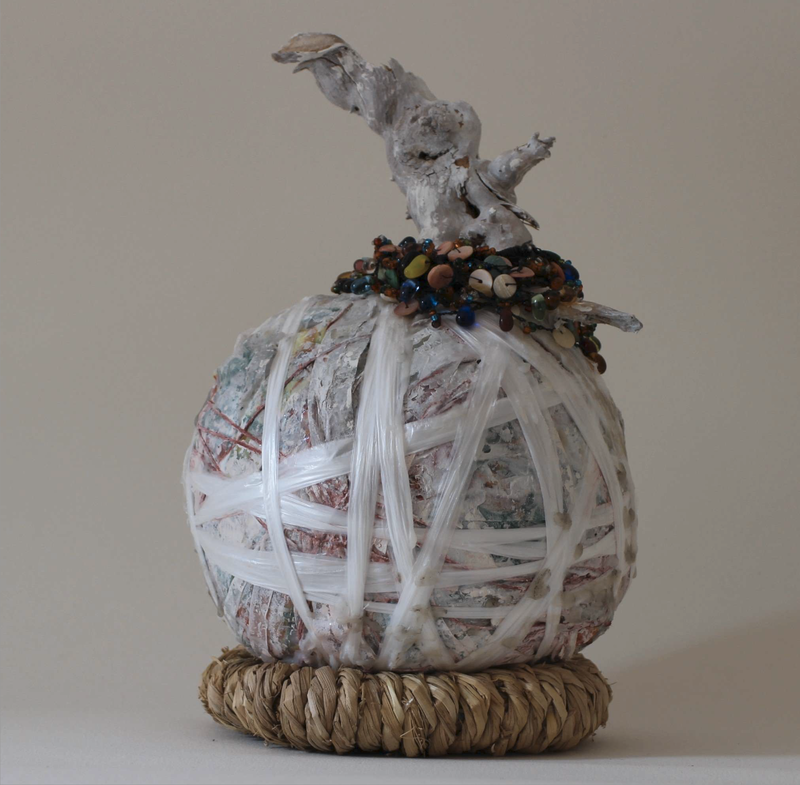 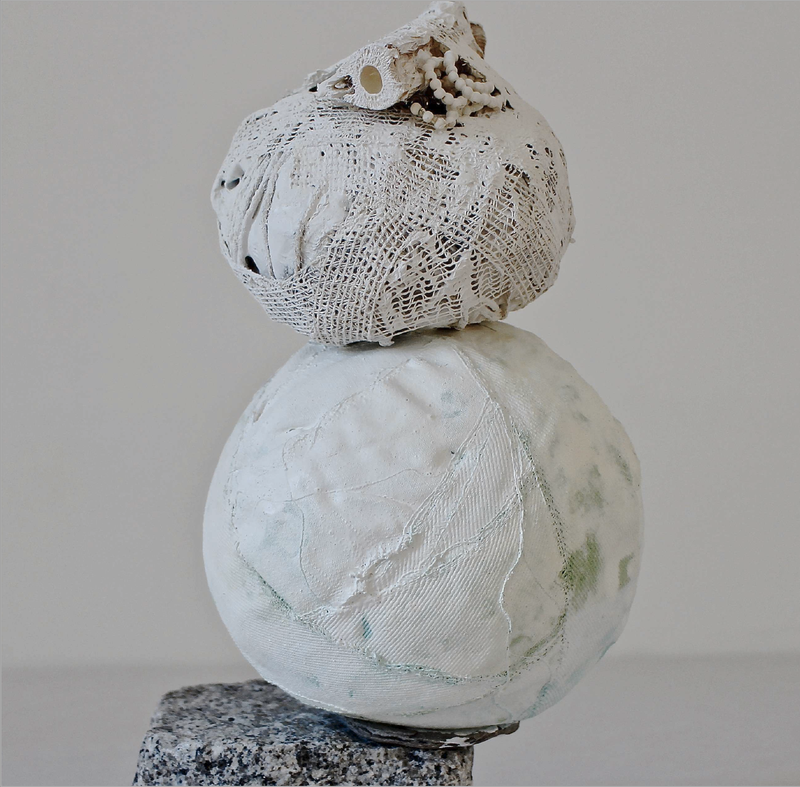 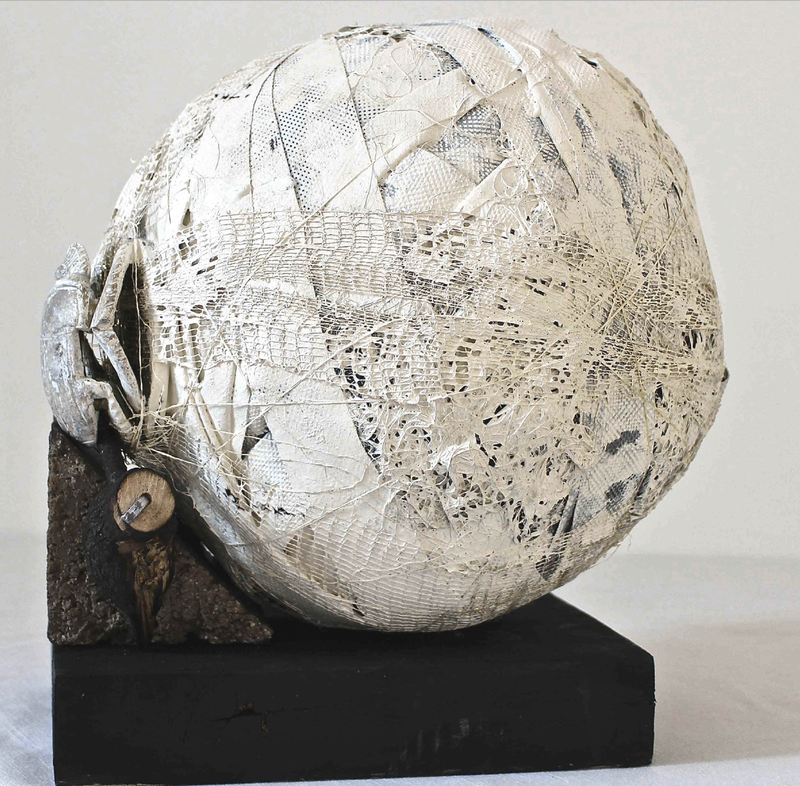 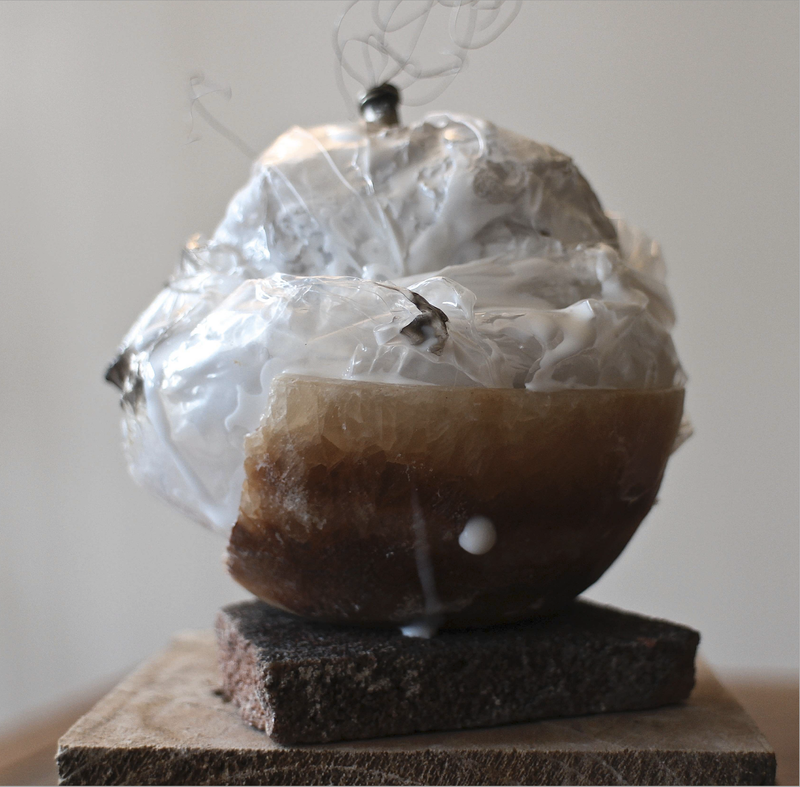 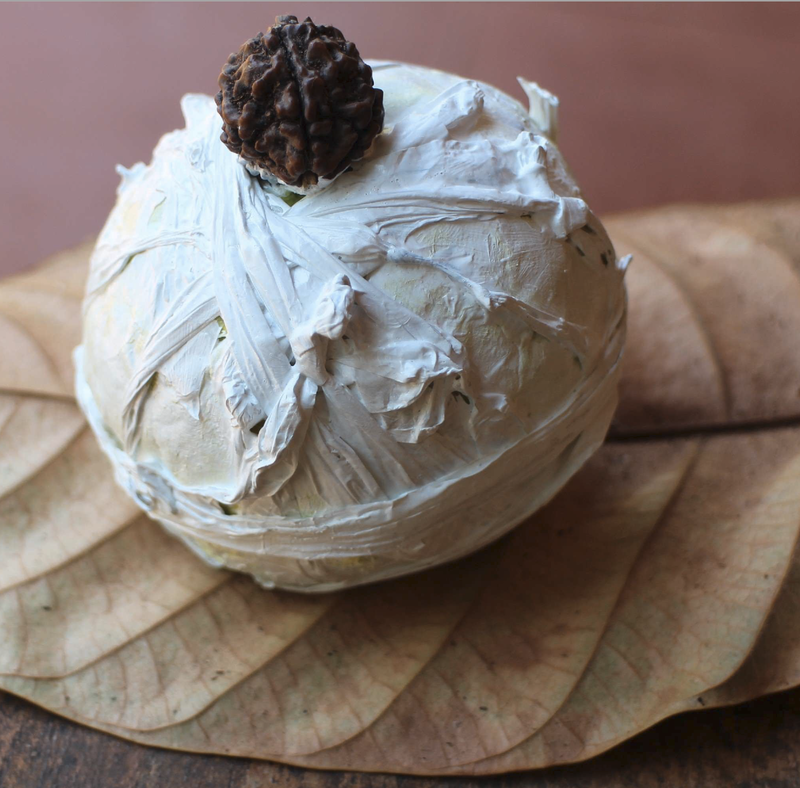 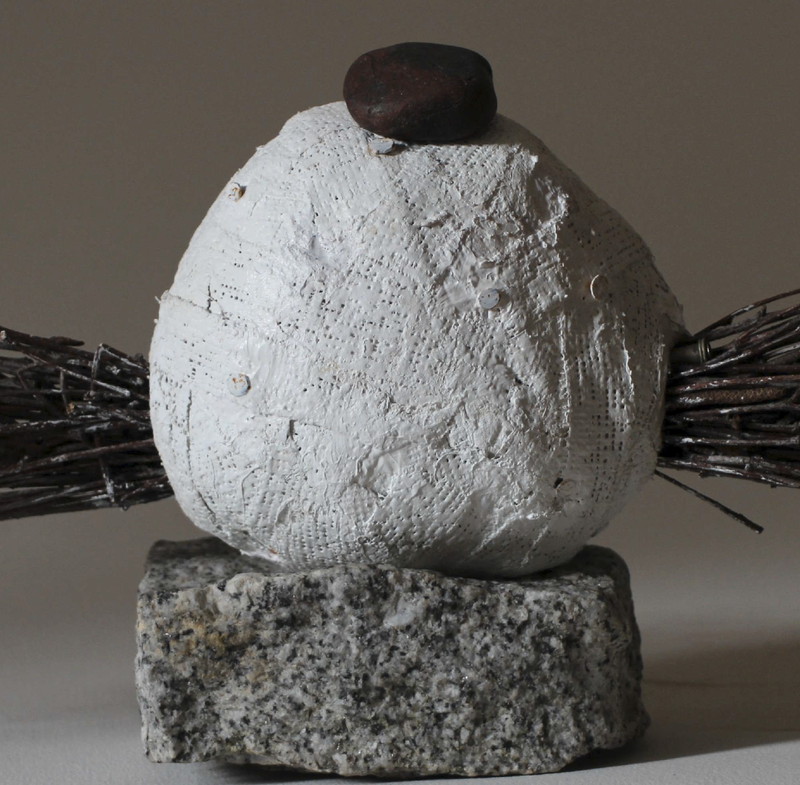 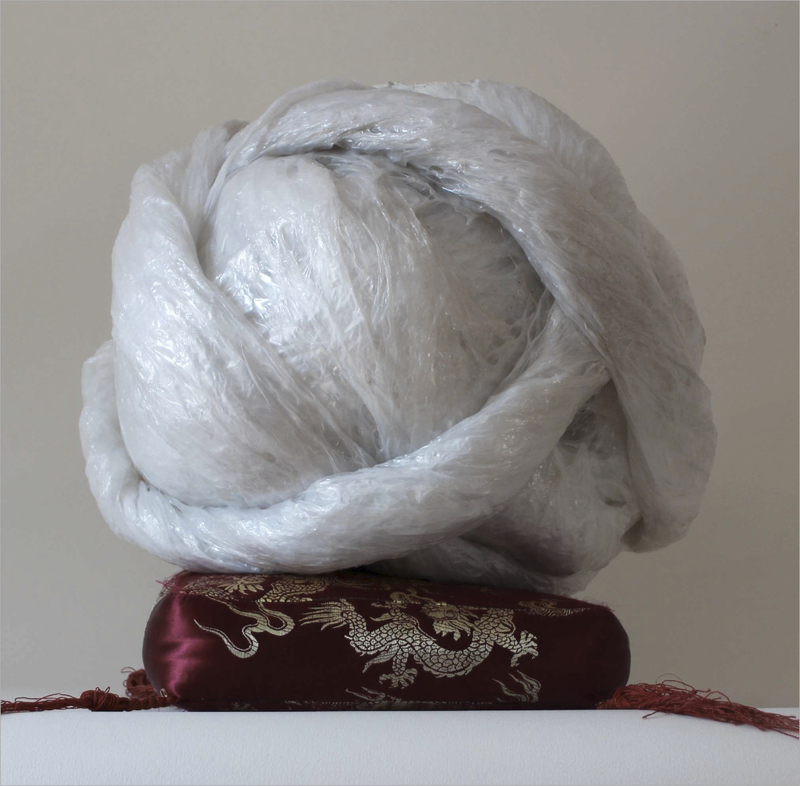 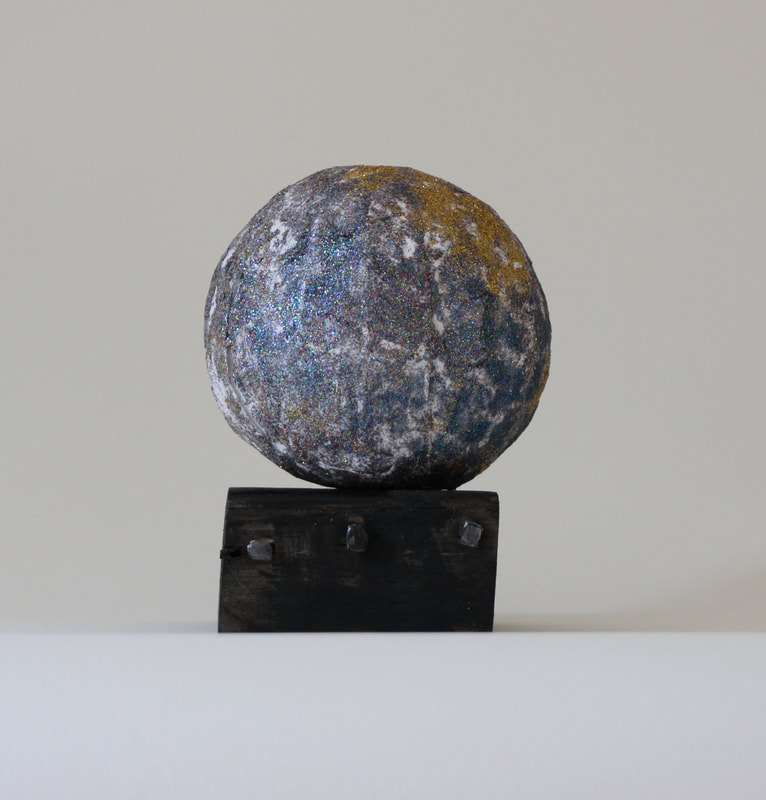 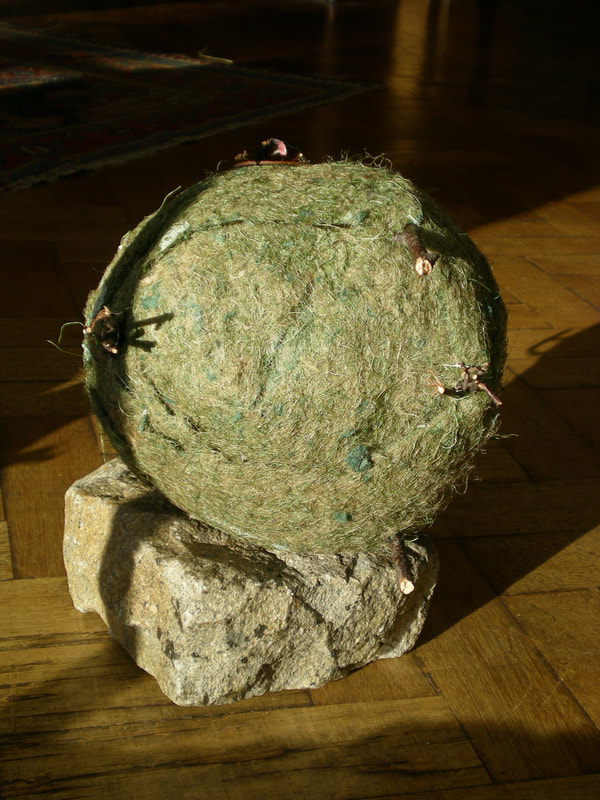 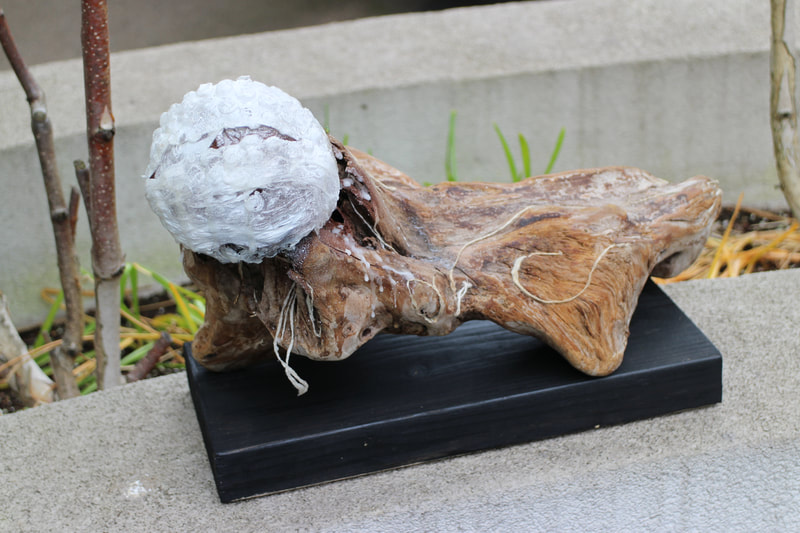 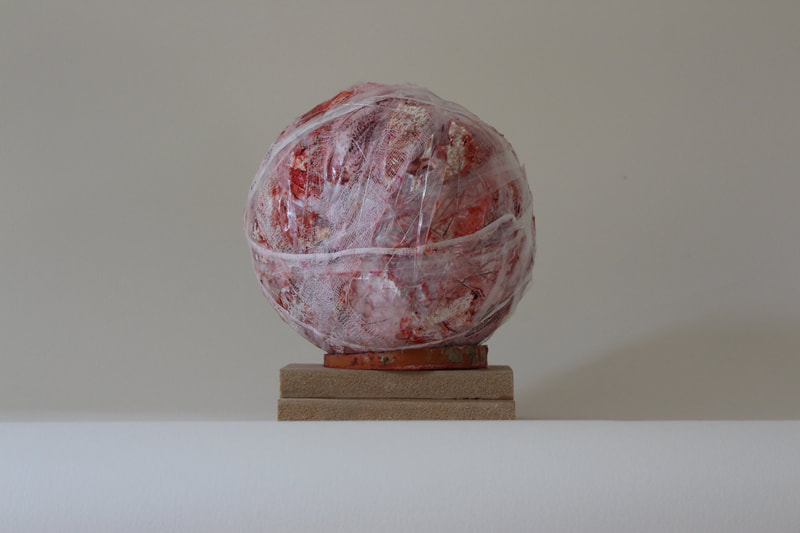 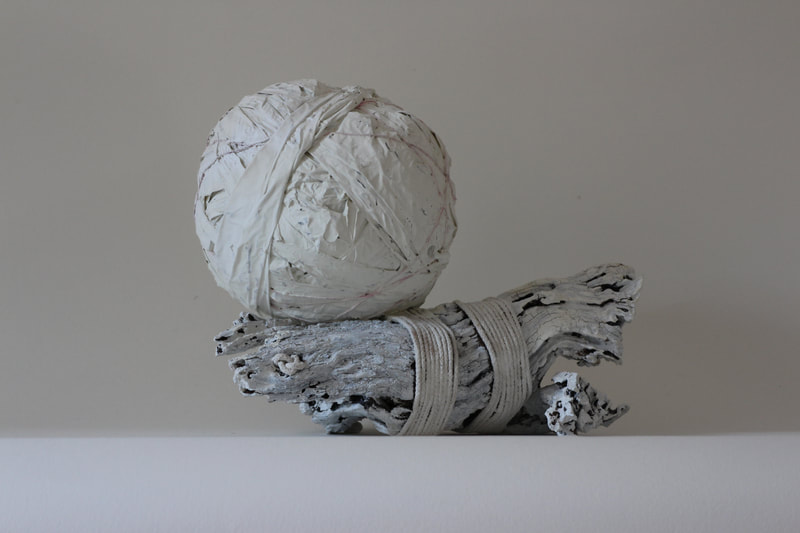 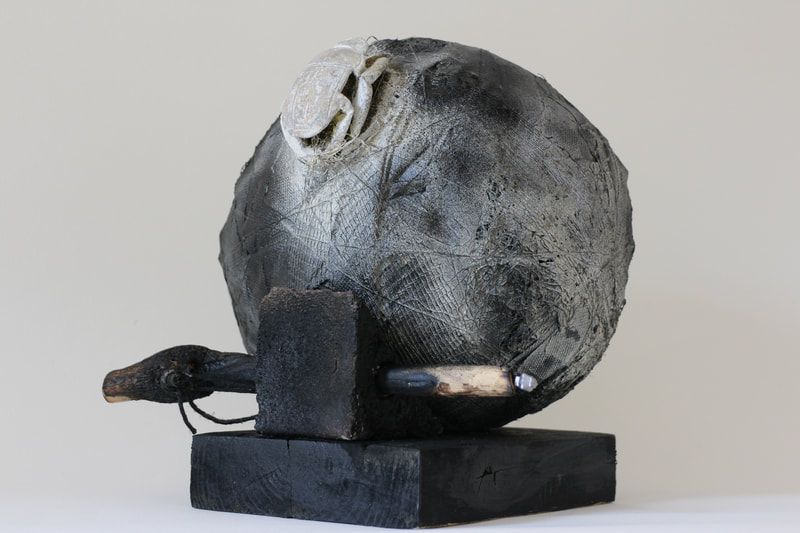 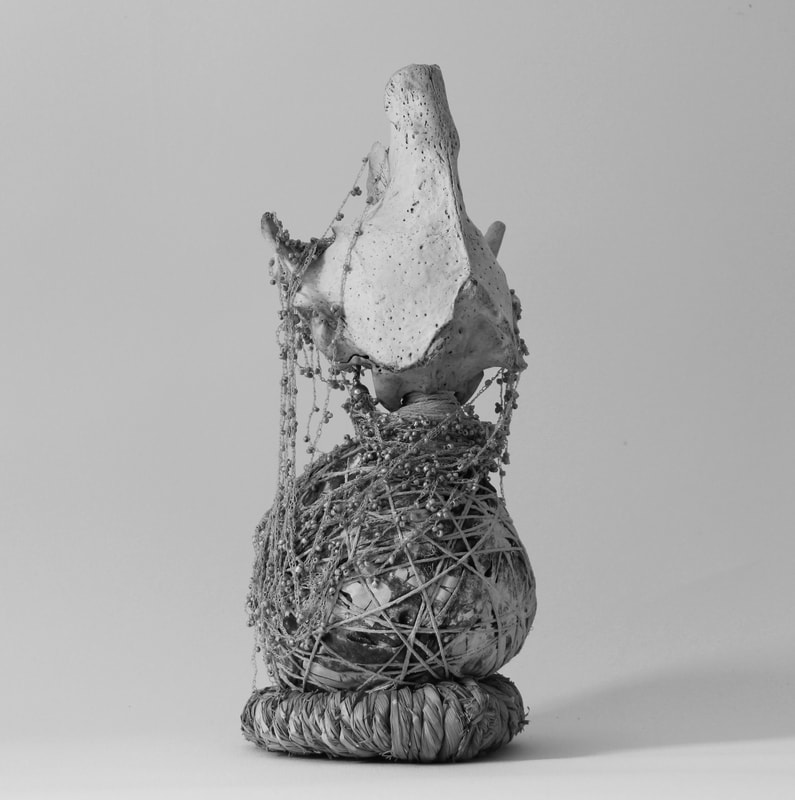 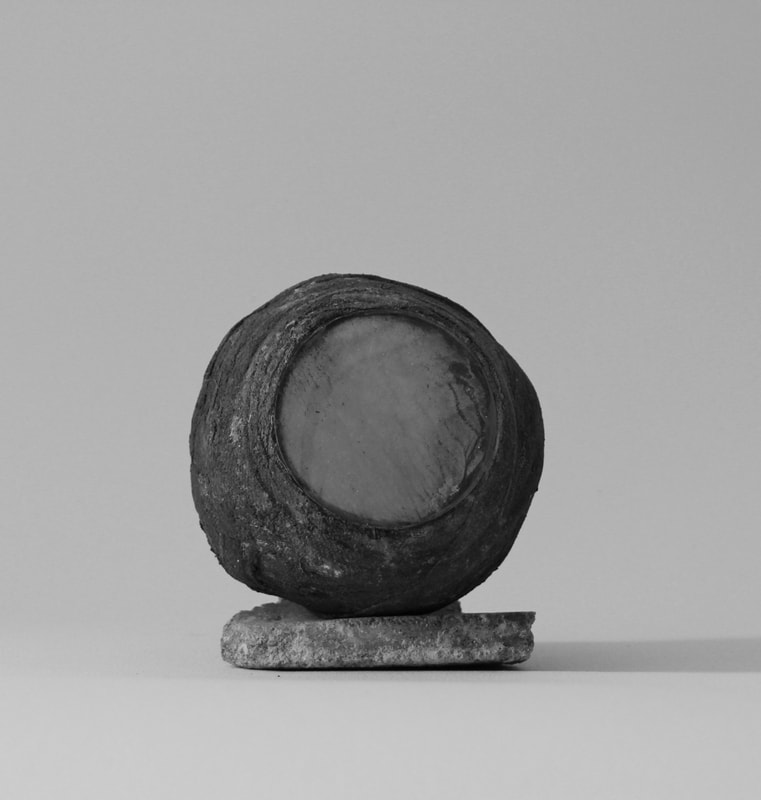 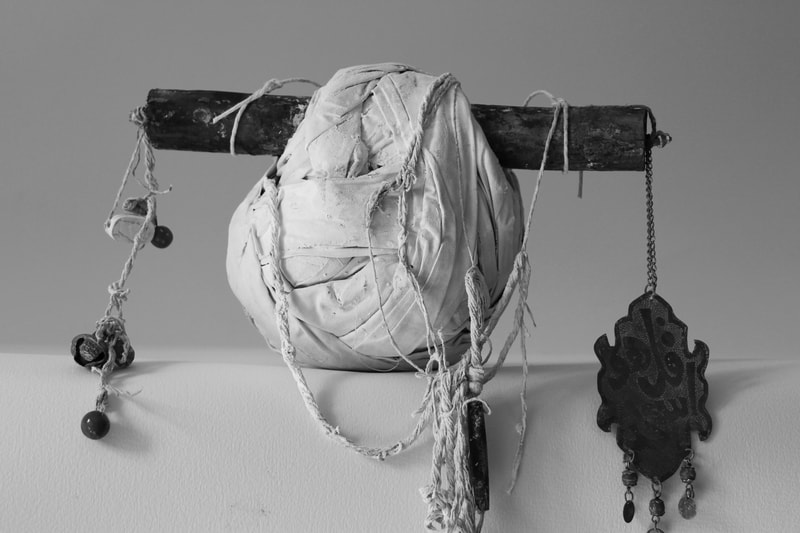 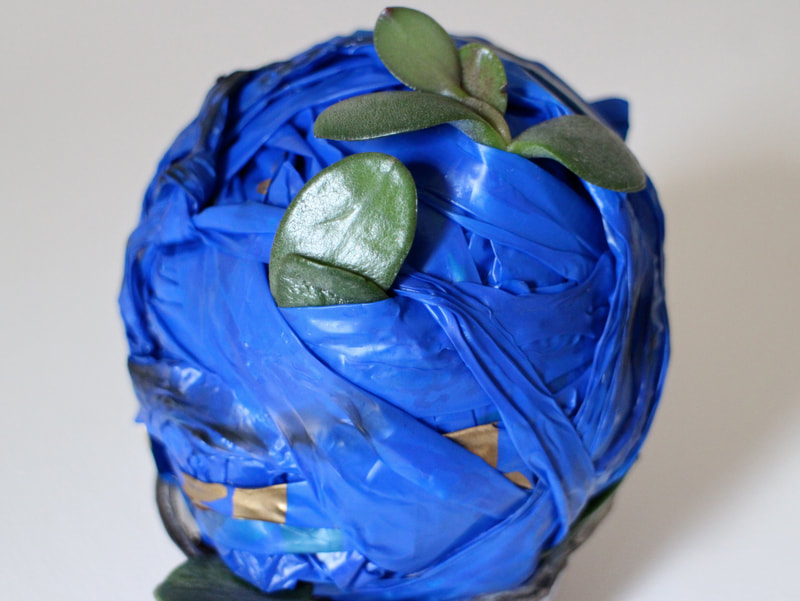 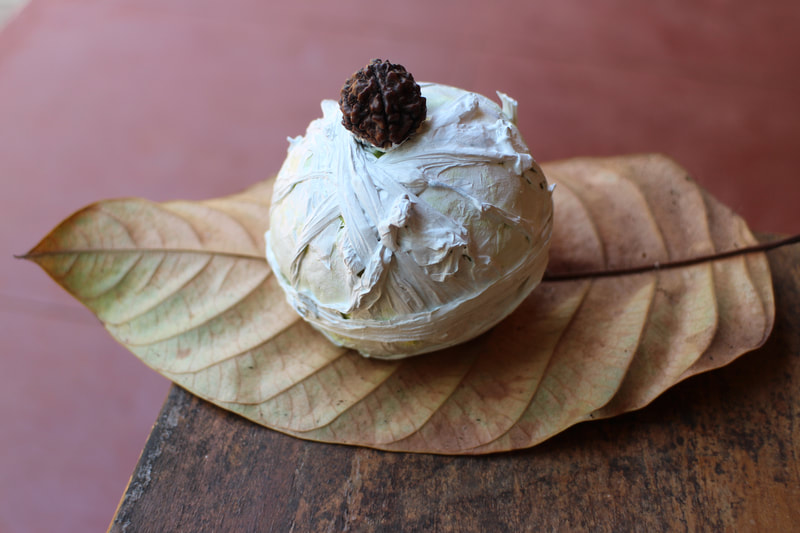 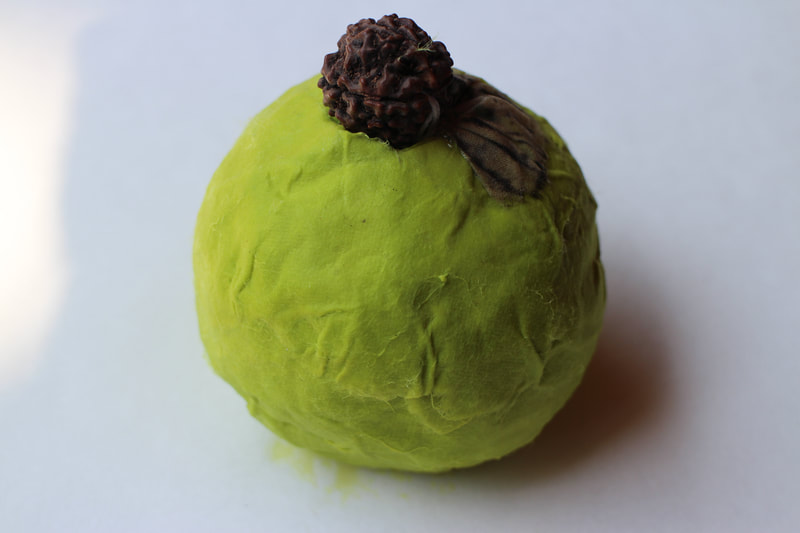 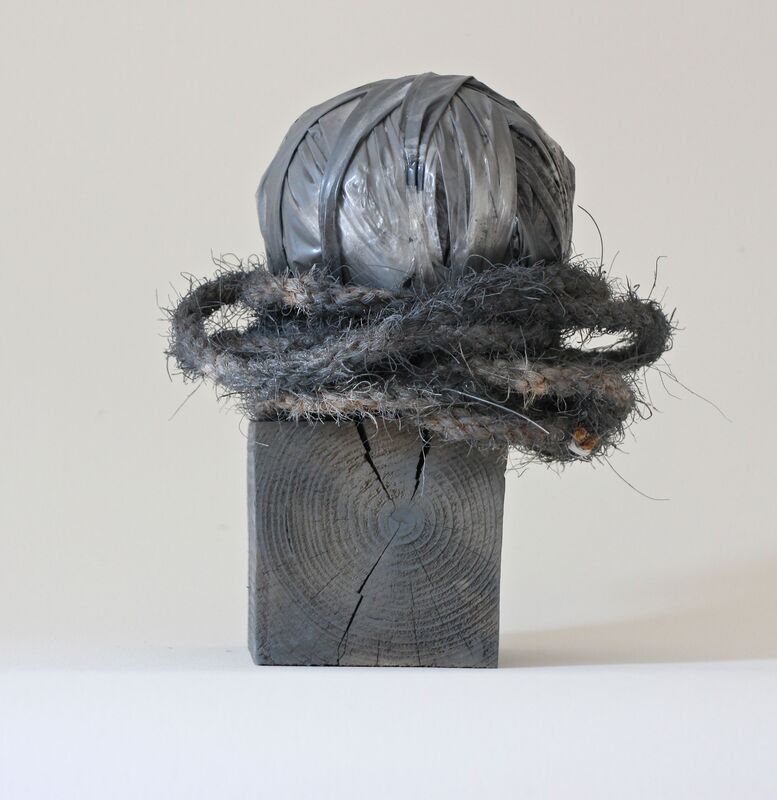 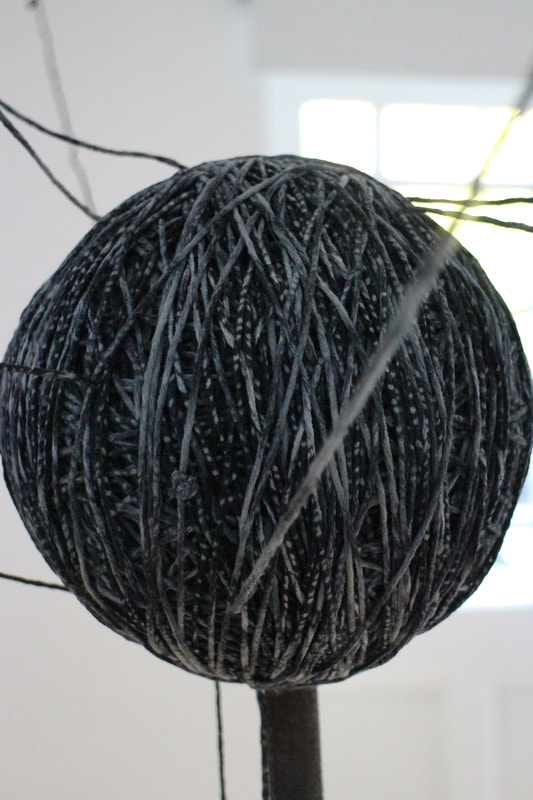 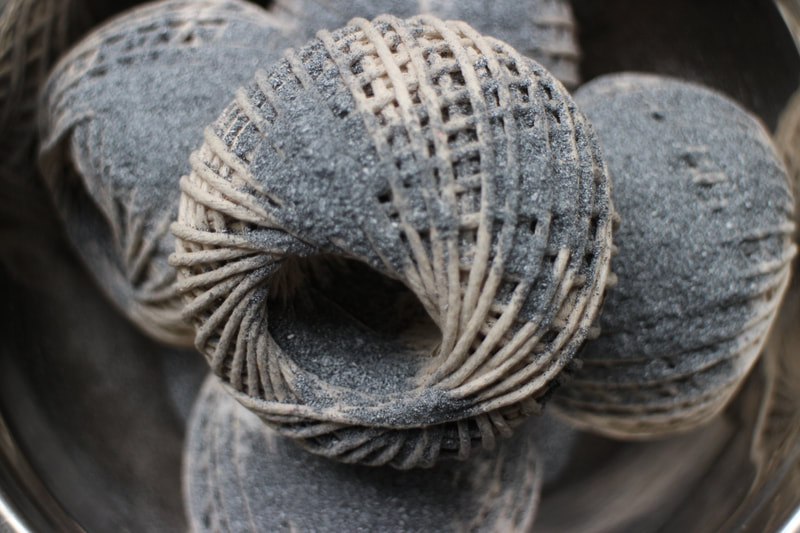 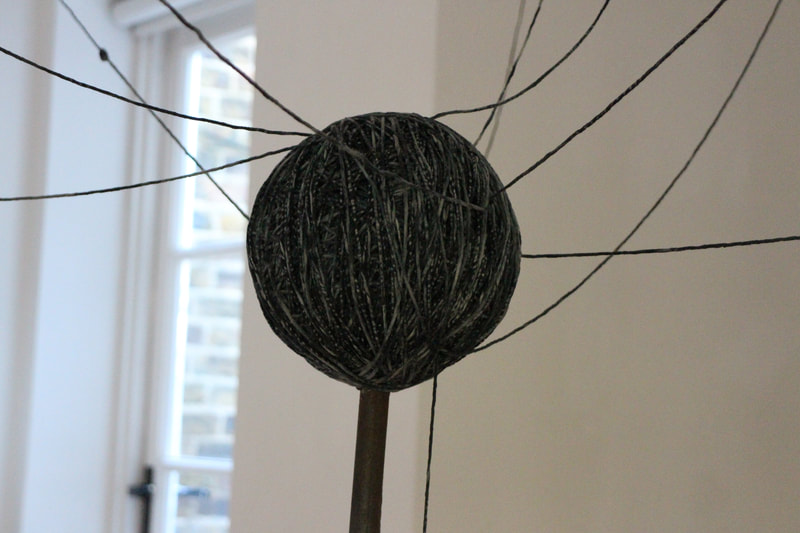 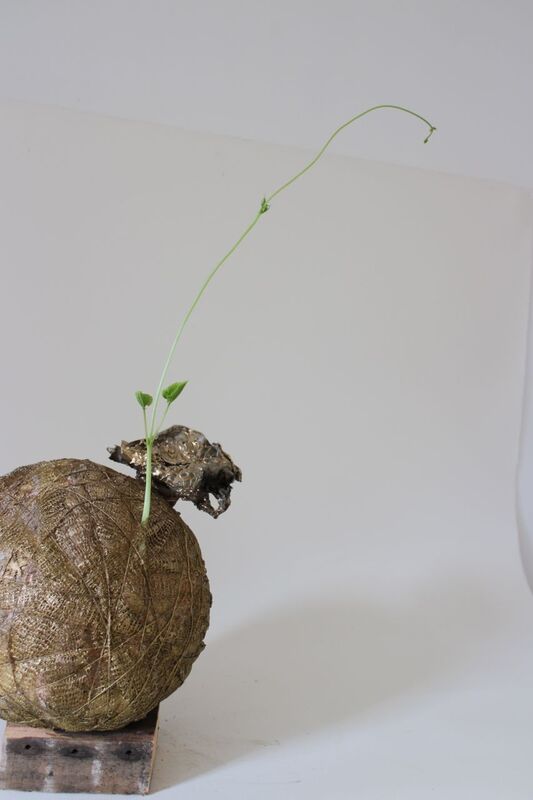 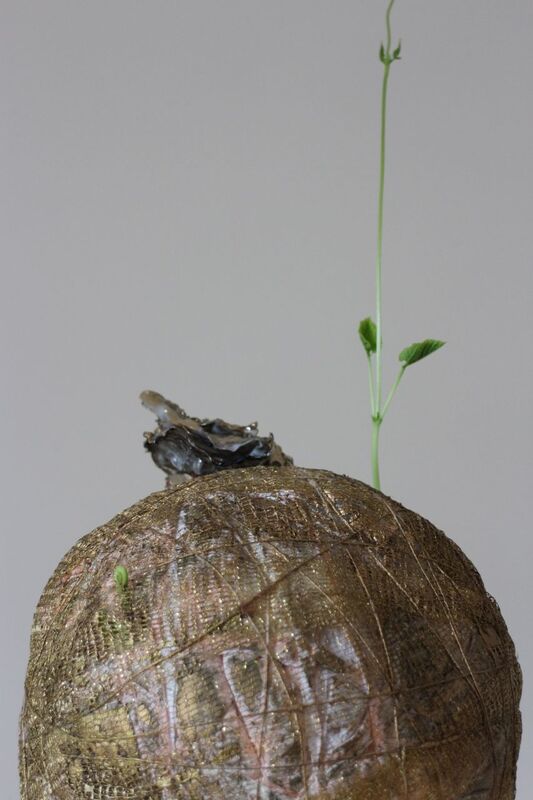 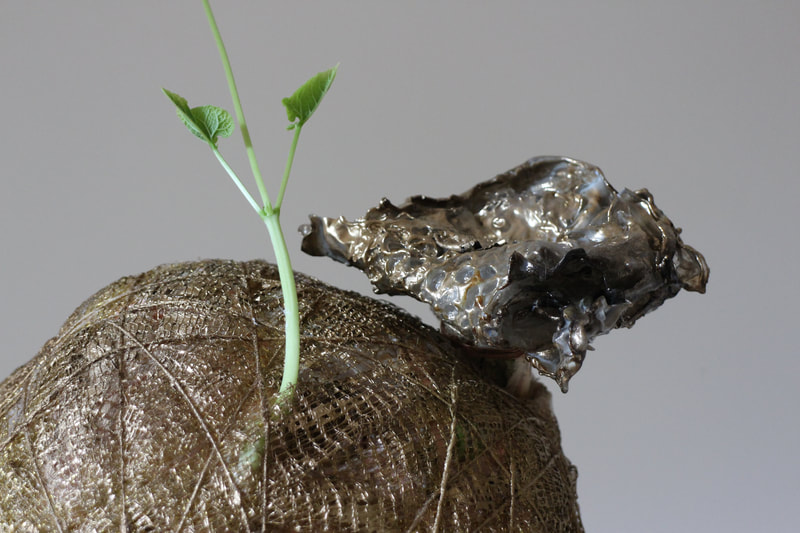